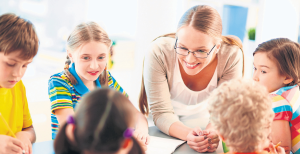 In October, a Christian school had Ofsted recommend that an Imam be invited to lead collective worship and that failure to promote ‘British values’, as interpreted by the Ofsted team, could lead to its closure by the Department for Education.

Trinity Christian School, a small independent school in Reading, was rated ‘excellent’ for its provision for pupils’ spiritual, moral, social and cultural development in November 2013. It was told that pupils were ‘well prepared for life in modern, multicultural, democratic British society through the teaching of the Christian principle to “love thy neighbour’’ ’.

However, following an inspection in October, just 11 months later, brought about by a request for the school to change its status and extend its intake to include older pupils, it was deemed not to be meeting the revised Department for Education requirements.

This issue ‘dominated’ the inspector’s questions, the school said, and ‘at no point were any questions asked about other aspects of the curriculum or the quality of teaching assessed through lesson observations’.

In order to comply with the new regulations, Trinity Christian School was told it should ‘actively promote’ other faiths, and the principles of the Equality Act 2010, including the ‘protected characteristics’ enshrined within that law (which includes gender reassignment, sexual orientation and civil partnerships), and was warned against promoting a ‘particular lifestyle’. It is understood that no sex education lesson, or Christian teaching on biblical values were observed by the Ofsted team.

The school’s governors have written to the Education Secretary urging her to review the controversial new education standards introduced in late September which this, and other faith schools, have fallen foul of. The standards are reported as being formed as a result of the alleged ‘Trojan Horse plot’ in Birmingham, where head teachers and governors, over the past year, were removed from post in some schools and Islamists put in their place with the result that extremist teaching took place. However, the government plans to tighten up these particular standards predate the ‘Trojan Horse plot’.

In the letter to Secretary of State Nicky Morgan, John Charles, the chairman of governors at the school, said: ‘From November 2013 to October 2014 the school has continued the same provision for pupils’ spiritual, moral, social and cultural development which Ofsted adjudged excellent in November 2013. Yet, immediately following the introduction of the revised school standards, the school is threatened with the prospect of closure. We cannot understand how such a change in thinking can take place within a year. It is an explicit aim of ours to encourage pupils to serve and respect other people, appreciate different cultures and ideas and equip them for life in society.

But the comments made by Ofsted, as a result of the new regulations, undermine our aims and would prevent us from teaching in accordance with our Christian foundation.’

A spokesman for the Christian Institute said: ‘At the beginning of the summer we warned that if the government brought in these regulations then they would be enforcing political correctness in schools. We also said there would be hostility to the religious, and ethical, viewpoints of religious schools. The Department for Education said it would never happen, but since then we’ve been finding case after case where that’s exactly what’s going on’.

Earlier in October, the National Association of Jewish Orthodox Schools (NAJOS) said it was ‘appalled’ by questions asked during recent surprise inspections. The pupils were asked whether or not they had a boyfriend, how babies are made and whether they knew that two men could marry. The girls were reported as feeling ‘bullied into answering inspectors’ questions’ and were left feeling ‘traumatised and ashamed’.

A high-attaining Catholic school experienced similar treatment and, although initially failing its inspection, reports were made that the decision is under review by the school’s local authority due to complaints about the Ofsted report.

There are two deeply concerning thoughts which come to mind as one reads about the experience of Trinity school with the new regulations.

Law ignored for some

Firstly, back in 2011, a ComRes survey asked 500 parents about collective worship patterns in their child’s school. Over 60% said that a daily act of worship of a ‘wholly, mainly, broadly Christian character’ was NOT taking place. In county schools (those which are not faith based) Ofsted do not even specifically monitor and report on collective worship. This perhaps accounts for the actual and anecdotal evidence that collective worship, a legal requirement placed on schools, is not taking place. And yet in an independent school where the law is being followed (though it doesn’t have to apply to the school as it is the right of the governing body of the independent school to set its own policies), staggeringly, they are told by Ofsted that inviting in an Imam to lead collective worship is more acceptable.

In state schools where a large portion of the school is of one faith, or no faith, the school can apply to be released from the ‘wholly mainly broadly’ measures by a ‘determination’. This would allow for worship to be done of an Islamic character for example, in that school. So it is doubly baffling that the independent school was given this suggestion to meet the new standards.

Secondly, the judgment of Ofsted shows a poverty of intellect. It has compared the teaching of traditional family values to that of Islamic extremism. It has ignored the biblical teaching of having a loving acceptance of ‘tax collectors and sinners’ and those with whom someone may disagree, and just assumed that hatred must be the outcome of disagreement.

‘Convicted’ despite the evidence

This ‘judgment’ has been formed on what appears to be evidence that wasn’t there, and seems based on that particular Ofsted’s team own prejudices about what Trinity school must be teaching the pupils under their care.

This is most troubling, as they are being ‘convicted’ despite the presence of evidence which shows them to be not guilty.

This article was first published in the December issue of Evangelicals Now. For more news, artciles or reviews, visit us online or subscribe to en for monthly updates.