Here are a handful of news-bites included in the April issue of en. Please use these articles to spur your prayers, personally or in regular prayer meetings, as we pray for our country and issues we are all facing, along with persecuted Christians worldwide.

Bibles kept (UK) – After it emerged that Aberystwyth Student’s Union planned to vote on removing Bibles from student’s rooms, the university issued a statement in February stating they had no plans to remove the Bibles.

Church: the future (UK) – ‘The future of religion in Britain is to be found in Islam and the black majority churches’, said a professor of population studies in late February.

For more news and prayer fuel from around world and in the UK visit our website or subscribe to en for monthly updates.

Coming up in the April issue of Evangelicals Now…

• How Christians martyred by IS in Libya showed their faith

• Preaching on the streets – taking the opportunity while it lasts

The April issue is out now! Read it online or enjoy the printed paper with your morning cuppa!

You may subscribe to have regular access every month to all of the articles for the ridiculously cheap price of £0.84 a month – £10.00 per year!

Pastors must go to conferences.

Pastors need days away from the pressures of ministry in the churches they lead. We need each other, new scenery, good friends, encouragement, r&r, and the whole host of other things which conferences give us. Residential conferences in the course of ministry are a gift from heaven to the church’s leaders.

Not all church leaders can get away, of course. Bi-vocational ministries, home-life demands and other factors mean that leaders sometimes just cannot get away. These men deserve our extra support. They should be the exception, though. Most pastors should be getting away.

We must stop seeing conferences as… (to read more click here)

Pastor Anonymous is in full-time pastoral ministry somewhere in the UK.

This article was first published in the December 2014 issue of Evangelicals Now. For more news, artciles or reviews, visit us online or subscribe to en for monthly updates.

Plus ça change, plus c’est la même chose (The more things change, the more they stay the same).

Most pastors know this is true of life in general, and yet we often don’t believe it’s true of the particular point and time in which we live and minister. We fall prey to thinking that the challenges and demands of our particular context represent a unique challenge to gospel work, or require radical innovations to train the next generation of leaders and reach the lost.

This article was first published in the December 2014 issue of Evangelicals Now. For more news, artciles or reviews, visit our website or subscribe to en for regular updates.

Graham Hooper with some sage advice about recovering from failure 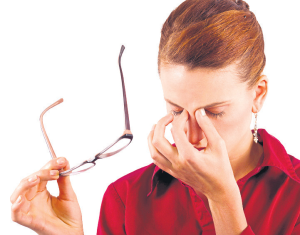 ‘Failure is not an option’ is the slogan posted on the wall at my local fitness centre.

But in the pursuit of fitness, as in life, failure is very much an option. We may fail in different areas of life, at school, at work or in our business. Or we may fail in our marriage, in bringing up our children or in our friendships.

We may fail to achieve what we want to achieve. We won’t always come out on top, get the job we wanted or achieve our business or personal goals. Or we may ‘fail’ to become the people we want to be. We like to portray an image of a strong, respected, faithful, loving person, but the reality somehow falls far short.

More importantly, we all fail to be the people God wants us to be. ‘All have sinned and fall short of the glory of God’ (Romans 3.23). It’s a universal experience.

Failure can be very humbling and painful, but it can be a great teacher if we are willing to learn, and it can be the gateway into … (to read more click here)

This article was first published in the December issue of Evangelicals Now. For more news, artciles or reviews, visit us online or subscribe to en for monthly updates.

Here are a handful of news-bites included in the March issue of en. Please use these articles to spur your prayers, personally or in regular prayer meetings, as we pray for our country and issues we are all facing.

Pray if you want (UK) – A Bill allowing local authorities to include prayers in their meetings if they so choose, successfully passed through the House of Commons in mid-January.

Designer baby? (UK) – The House of Commons passed government proposals to make the UK the only country in the world to allow the creation of ‘three parent children’ on 3 February.

Bosnia: a first – The Bosnian Bible is the ﬁrst translation of the complete Bible into standard Bosnian, it was reported in January.

China: no sex selection – China announced in January that it will tighten controls on illicit sex testing of unborn babies in efforts to curtail sex-selective abortions.

For more news and prayer fuel from around world and in the UK visit our website or subscribe to en for monthly updates.

There are acts of religious intolerance all over the world, however it is rarely top billing on the ten o’clock news.

The world recoiled in horror as images of armed extremists attacking the office of satirical Charlie Hebdo magazine were widely broadcast. Commentators condemned the murder of a dozen journalists as observers from outraged communities the world over declared ‘Je suis Charlie’ in a show of solidarity with the stricken magazine.

But days after the Paris attacks, churches in the capital of Niger were torched during riots protesting against Charlie Hebdo’s cartoon of the Prophet Muhammad. This was hardly mentioned in the media.

Millions of Christians are persecuted every day because of their faith. In Syria, it is believed that 40% of the Christian population has fled the country*. In Nigeria, Boko Haram militants are attacking Christian communities, with up to 2,000 people feared dead after a massacre in the northeastern town of Baga in January.

This article was first published in the March issue of Evangelicals Now. For more news, artciles or reviews, visit us online or subscribe to en for monthly updates.