We live in a celebrity culture. 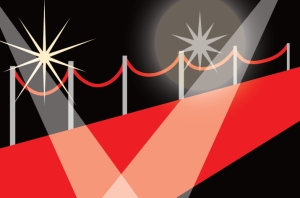 And, sure enough, the church has bought into it. We have celebrity Christians of various sorts who bestride the evangelical scene. They have an enormous following. If they tweet a commendation of something, thousands of Christians buy into it.

In and of itself there is nothing wrong with celebrity. ‘Some have greatness thrust upon them.’ Some simply are very gifted people. But others covet it, seek it, grasp for it. That’s where the problem arises. And these days everyone seems intoxicated with a desire to be known, recognised, appreciated and respected. We crave to be a ‘somebody’, to be something – anything – other than nothing. Our Bible Colleges and pulpits include those in search of fame. But Jesus made himself nothing (Philippians 2.7).

Of course, the desire for celebrity in the church is nothing new. The disciples argued over ‘Who will be the greatest?’ (Mark 9.34). James and John were also at it (Mark 10.37). All this is actually a dreadful blight on…(to read more click here)

This article was first published in the June 2015 issue of Evangelicals Now. For more news, artciles or reviews, subscribe to en or visit our website www.e-n.org.uk.