Out now in the October issue of Evangelicals Now…

• How a whole church escaped a war zone

• Muslims turning to Christ in Iran

• How to use the Rugby World Cup for outreach

The October issue is out now! Read it online or enjoy the printed paper with your morning cuppa!

You may subscribe to have regular access every month to all of the articles for the ridiculously cheap price of £0.84 a month – £10.00 per year! 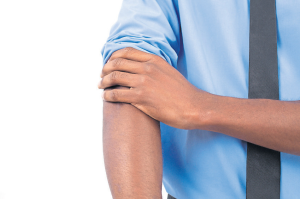 The dust is settling on the 2015 General Election campaign.

At this time it is useful to reflect on the effectiveness of debate in persuasion.

Politicians are involved in a form of apologetics: they make a case for their own policies and present objections to those of their rivals. The most memorable moments are not the quality of the arguments, but the rhetorical flourishes and stirring sound bites. They are risky. Sometimes they add to the arguments made, but other times they can detract.

David Cameron addressed a gathering with his shirtsleeves rolled up and the words ‘Taking a risk, having a punt, having a go, that pumps me up.’ Commentators variously described Cameron as having found his fire, or lost his rag. Ed Milliband generated a similar range of reactions to a set of policy announcements on a tall limestone monument with his claim that the pledges were ‘carved in stone’. For some it was a powerful image of reliability, for others a poor imitation of Moses. We could multiply the memorable moments from other party leaders.

The important lesson is that making a case involves both ‘what’ we say and ‘how’ we say it. The use of the visual, the catchphrase and the biblical allusion can all help, or hinder, our communication.

This has long been understood as the art of ‘rhetoric’. Rhetoric is the study of how we communicate effectively. The Greek philosopher, Aristotle, composed a work on this subject called On Rhetoric. He identified three components of effective speech. There is Logos. This is the logic of the argument we present, making a clear and reliable claim based on good evidence. There is Pathos. This is the emotional connection between speaker and audience. There is also Ethos. This is the character of the speaker. To be an effective communicator we need to have integrity, credibility and honesty.

Chris is lecturer at Moorlands College and pastor of Alderholt Chapel. His books include Confident Christianity and Time Travel to the Old Testament published by IVP.

This article was first published in the June 2015 issue of Evangelicals Now. For more news, artciles or reviews, visit us online or subscribe to en for monthly updates.

Does it matter what position we take on roles of men and women in the church and in the home?

Is anything at stake for the health and well-being of the church, and in our human relations, and for the sake of the gospel? In light of calls from some to consider this a secondary issue that should be set aside for the sake of unity, it is important to see why this issue matters both for human thriving and for ecclesial fidelity. I would like to suggest that the complementarian position on biblical roles of men and women is, in at least two important senses, central and not peripheral, primary and not secondary, and so should not be set aside.

The complementarian position is the view that God has created men and women equal in their essential dignity and human personhood but different and complementary in function, with male headship in the home and believing community being understood as part of God’s created design.

By claiming that complementarianism is in some senses central and primary, please notice what I am and am not here claiming. I am not saying that Scripture’s teaching on an all-male eldership in the church, or male headship and wifely submission in the home, is central and primary doctrinally. No, I would reserve doctrinal primacy for such cardinal Christian beliefs as … (to read more click here)

This article is an edited extract from Staying Fresh: Serving with Joy by Paul Mallard, recently published by IVP and is used with permission.

This article was first published in the June issue of Evangelicals Now. For more news, artciles or reviews, visit us online or subscribe to en for monthly updates.

George Moody reflects on the outcome of May’s General Election

The voters have spoken. Yes, the Conservatives are back, but it is in no small part due to the rise of nationalism.

So what is nationalism? It can be defined in different ways. In one way, the emphasis is on the feeling of affection or identity with your own country. Such a sense of loyalty or pride at being a member of a particular nation is often highly visible during sporting events. For those of us lucky enough to be present at the London 2012 Olympics, it is hard to forget the pleasure of being part of a great national moment. We had put on this great show, even if we had actually done nothing more than buy a ticket. It warmed the heart of a nation.

Such an attachment to land and culture can also be expressed as a desire for separation, for independence, for self-direction. The rise of nationalist parties in the General Election acted as a focus for this stronger sense of identity as difference, and may redefine our political and geographical landscape. The strength of this sentiment seemed to catch the main parties by surprise, inspiring new policy promises on Scotland and Europe.

On the European stage, we can observe this drive in the growth of movements that bear little or no relation to one another in any other way. From far-right parties who narrowly define nationality in terms of ethnic origin, to moderate or right-wing parties who seek greater control over immigration, to left-wing parties who seek independence, the ambition for a more closely defined national identity seems strong and to be on the increase.

What does Scripture say?

While as Christians we often have a ready response to the injustice and inequality some of these movements can spawn, we seem less able to respond to what appears to be…(to read more click here)

George Moody is head of Religious Studies and Philosophy at a senior independent school. He was the subject of the Work in Progress column interview in the May issue of en.

This article was first published in the June issue of Evangelicals Now. For more news, articles or reviews, visit us online or subscribe to en for monthly updates. 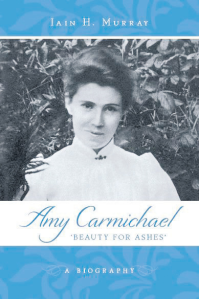 What if you had a ﬂash of foreknowledge and suddenly realized there was a future ‘Amy Carmichael’ sucking her thumb in your church?

You would probably burst with pride, pat her teacher on the back and enthusiastically congratulate the parents. After all, who doesn’t want a Christian heroine in their junior Sunday school?

Men and women of extraordinary heroism feature prominently in our Christian ‘Halls of Fame’. We hold them up as role models, healthy alternatives to the pop singers and athletes our teenagers tend to emulate. But if we’re honest, there are more than a couple of problems with this approach. That is why I think Iain Murray’s new biography, Amy Carmichael: Beauty for Ashes, is a healthy alternative to the normal Christian hero-worship titles.

Though the prolific church historian and biographer doesn’t strip Carmichael of any of her attributes, Murray does introduce us to a woman of faith, foibles, and failings. With an expert pen, Murray allows her voice to speak clearly through her poetry and her passion – while at the same time dealing with her difficult personality.

Difficult personality? Really? But she was a missionary! It’s true. Murray graciously but accurately introduces us… (to read more click here)

Catherine MacKenzie is an author of  numerous books and serves as children’s editor for Christian Focus Publications. She lives in Scotland.

This article was first published in the June 2015 issue of Evangelicals Now. For more news, articles or reviews, visit our website or subscribe to en for regular updates. 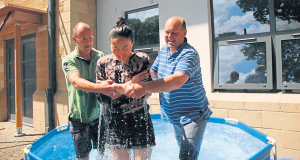 In a tiny ‘gospel hall’ in a back street in Lancaster around 20 people begin to gather for the weekly meeting of Moorlands Church. The church is a mainly elderly congregation, who want to see their city reached for Jesus, but have found their numbers and energy dwindling. This morning, however, there is the excitement of a new beginning.

A small team, led by Danny Rurlander, who has moved with his wife Emma and four young children, has joined them with a vision to re-start the church in order to bring the gospel of Jesus to the city and its two university campuses. As Bibles are opened for the first sermon, everyone is conscious that God alone can give the growth through his powerful Word.

In the foyer of the Ripley Sixth Form Academy around 220 people gather over coffee for the morning meeting of Moorlands Church. Young and retired, families and students, people from Britain and the rest of the world from China to the Dominican Republic.

The place is buzzing with children. Bibles are opened with the same conviction with which the work began – that God grows his church through his Word. And the evidence is clear: after the meeting…(to read more click here)

This article was first published in the June issue of Evangelicals Now. For more news, articles or reviews, visit us online or subscribe to en for monthly updates.