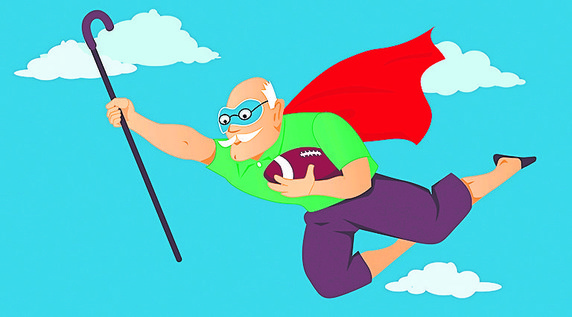 Picture it. It’s Sunday 10.25am and the service is about to start. You hear muffled voices from the welcome team, you turn around, and you notice someone new. What do you do?

Well, first, you use your eyes… and you judge this visitor. What’s their age? What nationality might they be? What do their clothes say? Do they have a wedding ring on their finger, or young children by their feet? We all use our eyes to make such judgements. Are such judgements sensible or sinful?

When the apostle James replays a similar scenario in the first century (James 2:1-4), he says: ‘Have you not discriminated among yourselves and become judges with evil thoughts?’ However, James is not telling Christians to see no difference in those who arrive – to have Sundays services in the dark (if necessary) or to ensure everyone looks the same (like a cult). We judge with our eyes to see important differences in one another. We then use those judgements to make special provision for some. For example, to the deaf or the disabled we really do need to say: ‘Here is a good seat for you.’ (James 2:3) It’s also worth noting at this juncture that James is not shaming the church for having some poorer church members and some richer church members. If anything, the

Yet, evil was prevalent in this gathering, and it may have invaded our churches too. For when favouritism and discrimination occur because we have judged with the eyes of the world, we sin.

Certainly, in an age of such political correctness many of us would never dream of saying to the poor: ‘You sit on the floor’ (James 2:3). The media teaches us to revile such blatant injustice. But, honestly, who do you gravitate towards at church? Who do you make sure is not on their own at tea and coffee? Who is your secret MVP (Most Valuable Player)? Living in Kew, I sometimes wonder what I’d do if neighbouring biologist David Attenborough, or bubbly sports journalist Gabby Logan walked in.

Alternatively, who are you less excited to see walking in at 10.25am? What if a single parent walked in with four loud children? What about someone who is working class or upper class? What about someone who struggled to speak English? What if an awkward old man with learning difficulties dropped in (above)? Favouritism, sadly, still lurks in our minds and we are prone to judging with the eyes of the world. I see it in myself.

What I actually did

Indeed, last year, I confess I did a James 2. It was Thursday night at the end of midweek Bible study and an American man pitched up. It was already late and I was tired. I wasn’t too interested in having a long conversation. But after revealing that I lived in America for a few years, he asked me whether I liked American football. Rather brusquely, I told him I preferred watching rugby. He told me he preferred playing American football. I joked: ‘So will you be playing at Wembley on Sunday?’ He replied, ‘Yes, I’m Austin Carr, I’m the wide receiver for New Orleans Saints.’

At which point, I not only felt embarrassed, but suddenly less tired. I was happy to chat with him. I prayed with him. I practically begged him to let me drive him to his hotel. I moved stuff from the front seat of my car – ‘Here’s a good seat for you, Austin!’ I took a picture with him. I posted it on Instagram. ‘New Orleans Saints wide receiver, Austin Carr, turns up for Bible study.’ ‘That is Awesome!’, a jealous pastor replied. But it wasn’t awesome. For if Austin had been an inarticulate octogenarian I wouldn’t have: chatted, prayed, chauffeured, and Instragrammed him.

Godly motives may rest behind such favouritism. We long to see friends and neighbours becoming Christians, so we get excited when people they admire gather with us and we ensure that those people are welcomed well. However, we must remember that favourites in the world’s eyes, are often not favourites in God’s eyes (1 Samuel 16:7). Besides, James couldn’t be clearer – believers don’t do that. Real faith doesn’t show favouritism.