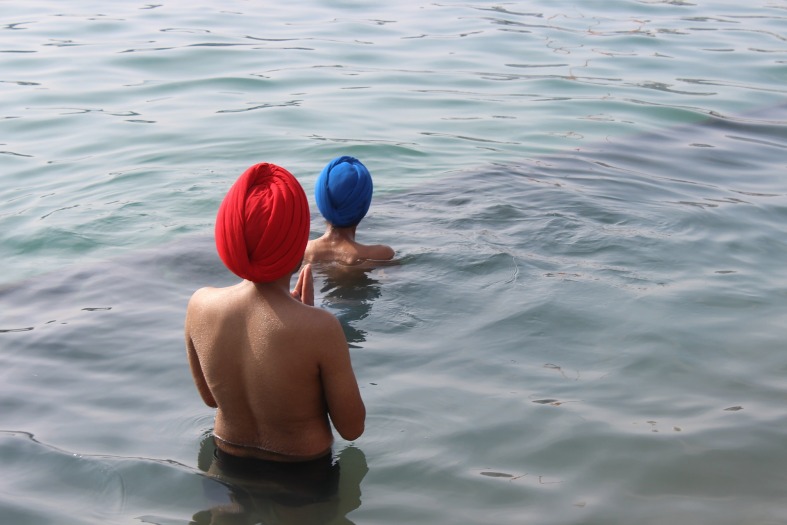 Although Sikhism is a major world reli-gion and the fourth largest UK religion, it is surprising that even in well-stocked Christian bookstores there is very little material in the way of reaching out to the Sikh community. Typically in the apologetic section there are many books regard-ing Islam, some on Hinduism and a few on Judaism and Buddhism, though little if anything on Sikhism.

In 1992 Josh McDowell and Don Stewart wrote ‘Sikhism is a religion all but unknown to Western civilization’1. Strangely, we are left with the same conclusion today.

Due to the geographical setting, religious upbringing and experiences of its founder Guru Nanak, one might initially assume that Sikhism is basically a combination of equal elements of Hinduism and Islam. It certainly does (to some degree) try to unify the two worldviews. After all, Guru Nanak (1469-1539) was raised a Hindu and was employed as an administrator working for a Muslim nobleman.

However, at around 30 years of age, Guru Nanak entered the river to bathe and subsequently arose to pronounce: ‘There is no Hindu, there is no Muslim.’ He then undertook a series of travels before establishing the first Sikh community in the Punjab region. The derivation of the word ‘Sikh’ originates from the Pali word ‘sikka’, meaning disciple. He chose one of his disciples to be the next Guru.

Accordingly, Sikhism is neither Hindu nor Islamic. Sikhism is monotheistic and Guru Nanak considered himself a mere teacher. In fact, Sikhs believe that everyone has direct access to God without a mediator. Nanak believed in reincarnation, but rejected the caste system. He also retained the doctrine of karma (though he refuted idolatry.) Nanak repudiated the scriptures, pilgrimage and asceticism of Hinduism.

In agreement with Islam, Nanak advocated: the sovereignty of a single absolute ruler, salvation through submission to God and careful reverence of the sacred scripture. Yet, in contrast to Islam, there is no judgment day.

The history of Sikhism in relation to other religions is complex and empathy is required. Firstly, there is the issue of Hinduism and Islamic doctrines and it is critical to recognise that Sikhs may be wary of being both colonialised and missionised. Fear of being stripped of their cultural identity is critical. Indeed there will inevitably be a great cost for a Sikh to trust in the Lord. It may well result in a polarisation from their family and community.

Accordingly, when having a Sikh round to visit, it is important to be hospitable and to listen attentively. Asking questions is important, as it demonstrates genuine interest rather than presumed opinions. When explaining the gospel, it is necessary to avoid using Christian jargon. For example grace is an important concept within Sikhism, although it is not the same idea as the biblical concept of unmerited favour. This is because their understanding of redemption is linked to karmic debt.2

Having your Bible ready when you visit Sikhs is recommended, since they too treat their scriptures with great respect. So avoid carrying your Bible under your arm, or putting it in your pocket. Being careful not to use a Bible you have marked for personal study is also important.

Sikhism takes a keen interest in ascertaining truth and this would be a worthwhile line of enquiry to investigate. So you could explain that Jesus claimed that He is ‘the way the truth and the life’ (John 14:6).

Some Sikhs are keenly interested in evidence, so you could unpack the many infallible proofs that the Lord presented from Acts 1:3, or how Paul proved that Jesus was the Messiah from Acts 9:22, or the assurance God has given by raising Him from the dead (Acts 17:31).

Giving the good news to Sikhs

Jon Taylor is an Evangelist/Liaison Officer for Messianic Testimony, an Associate for the Open Air Mission and a Researcher for the Reachout Trust.