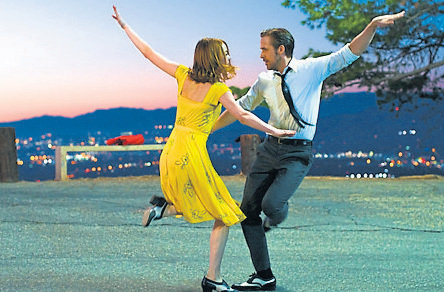 God’s Not Dead is a book by Rice Broocks which is a defence of the faith. It is now also a ﬁlm, premiered on April 11 at the Coronet cinema in Notting Hill.

The film is a drama which follows a number of people whose interconnectedness becomes apparent during the film as they travel from their various standpoints to a living relationship with Jesus. The makers are hoping that the film will encourage Christians in their faith and particularly in the realm of apologetics.

One strand of the plot tackles New Atheists head on; others the pursuit of wealth, Islam, suffering and so on. There are few people who will not find that some of the situations speak to them directly.

The viewer is confronted with the big questions of life and many will no doubt be asking themselves how they would answer them. I certainly was. It is an absorbing drama and well made. As en went to press, the film was being shown in about 40 cinemas up and down the country. People are encouraged to see it because the more who go the greater will be its future distribution. It was in the top five box office films in the USA for three consecutive weeks. For this reviewer, there was much too high a ‘cheese’ level and some very shallow and unfair characterisation of unbelievers. So, for example, when the atheist college professor suffers a fatal injury in a road accident there just happens to be an evangelical minister near to lead him to the Lord as he dies.

The makers are currently working on a project to film Esther. They are very committed, and see themselves as reclaiming the cinema for Christ. There is a lot about this film which could have been done much better, but, as G.K. Chesterton said, ‘If a thing is worth doing, its worth doing badly’.

This article was first published in the June 2014 issue of Evangelicals Now. For more news, artciles or reviews, visit our website or subscribe for monthly updates

Ignore the mainstream reviews of the ﬁlm, or the problem some had with the alleged confusion over what mood George Clooney was aiming for (classic, epic, nostalgic, slick, clichéd). This is a ﬁlm worth seeing if you want an evening which is entertaining and, lightly, thought-provoking.

A smattering of blood and bad language (sadly), some tense moments – the best of which showed the power of the bonds of real brotherly love – and the beautiful cinematic juxtaposition of the horror of death in a field hospital with a stunningly pure voice singing a Christmas song, make this into an almost 1940s war film, but with relatively little jingoism.

The biggest surprise lies in its respect for marriage. Despite the opportunity for an adulterous relationship, a character keeps his wedding ring on and his covenant preserved. A cheer from the back row of the cinema may have been out of place, but it was hard to restrain oneself at this rare movie moment.

Is the preservation of much that defines a culture as thinking, feeling, creative humans worth dying for? Is a people group destroyed if its art is hoarded or burned? What would I risk my life for? For something created, or for the Creator? For the expression of truth, or the Truth? Who would lay down their life for me? Who indeed.

This article was first published in the April 2014 issue of Evangelicals Now. For more news, artciles or reviews visit us online or subscribe to en for monthly updates

When lowly, live-by-the-instructions Lego construction worker Emmett (Chris Pratt) ﬁnds the mythical Piece of Resistance, he’s mistaken for the Special, prophesied by Vitruvius (Morgan Freeman) to become the greatest Master Builder and save the Lego world from the machinations of Lord Business (Will Ferrell), who wants to glue everything in place so that nothing can mess with his ideal of a ‘perfect’ Lego society.

Emmett must then team up with Wyldstyle, Batman, Pirate Metal Beard, ’80s spaceman Benny, Unikitty, and others, and somehow find the resources to save the day, despite having almost no discernible skills, defining characteristics, or even ideas. Although the theological framework of the film is not quite a Christian one, it nevertheless explores some big ideas in an insightful way, such as the tensions between order and creativity, law and grace, fitting in and being special.

John Calvin once said: ‘There is not a blade of grass, there is not a colour in this world that is not intended to make us rejoice’. The Lego Movie takes this notion and applies it to C.S. Lewis’s idea of sub-creation (human beings creating their own fictional worlds, reflecting the creativity of our creator God), resulting in a terrifically entertaining celebration of joy and creativity.

It’s all done with a refreshing sense of humour, and though the emotion is sincere and the stakes high for the characters, the film never takes itself too seriously.

The understated 3-D is integrated well into the visual storytelling, which already makes great use of its three-dimensional space in the stunning, over-the-top action sequences.

This article was first published in the March 2014 issue of Evangelicals Now. For more news, artciles or reviews, subscribe to EN or contact us for more information.
http://www.e-n.org.uk 0845 225 0057

In the beautiful land of Arendelle, Princess Elsa hides a dark secret.

Her emotions of anger or fear result in an uncontrollable outpouring, turning all that surrounds her into ice and snow. Afraid that she will harm those she loves most and having frozen the whole kingdom into an endless winter, Elsa withdraws to an icy isolated mountain palace.

Here she believes she will find happiness in finally ‘letting go’ and ceasing her struggle against the powers inside her.

But her younger sister Anna, warm, impulsive, with fiery red hair, sets out to rescue Elsa from herself. She believes that love will thaw Elsa’s heart. She also believes that romantic love will rescue her from a life of loneliness. The adventures that follow show that she is only partially right.

The makers, Disney Pixar, credit Hans Christian Anderson’s Snow Queen as the inspiration for their latest family offering (although allusions are subtle and symbolic rather than any similarities in plot).

The film creates a beautiful glistening world where each snowflake is a marvel of animation. The attention to detail in the somewhere-in-Scandinavia palace, the clothing and the landscape adds to the richness of the fairy-tale world.

The plot is romping, the songs are singa-long great and it boasts a brilliant side-kick snowman (his song about how he longs for summer is laugh-out-loud funny).

But my favourite aspect of the film was the characterisation of the two sisters. Both are flawed, both make mistakes, but both learn that perfect love drives out fear. They drive the plot, they do the rescuing and ultimately they show the power of sacrificial love in what is not your usual Disney dénouement. Take the family, borrow some children for the afternoon or just go on your own for some frozen fun.

This article was first published in the February 2014 issue of Evangelicals Now. For more news, artciles or reviews, subscribe to EN or contact us for more information.
http://www.e-n.org.uk 0845 225 0057

Whatever your opinion on Julian Assange, whatever your thoughts on the rights and wrongs of leaking information, whatever you feel about the truth behind this particular take on WikiLeaks, this was a thought-provoking film, despite being panned by most reviewers.

Julian Assange is well documented as not liking the source material upon which this film is based, and one can see why. His character, played spectacularly by man of the moment Benedict Cumberbatch, is shown as flawed, egotistical and frankly a little disturbing and unpredictable. He is portrayed as holding so much back, emotionally, which leaves one expecting him to explode at any moment. Putting opinions about Assange aside, the leaks are the most uncomfortable watch of this film.

Can governments be trusted now?

Violent attacks on the innocent, corrupt governments, a web of secrets so wide and deep: these were part of the Cold War, and certainly the actions of the ‘enemy’, weren’t they? What this film does, flawed though it may be — and certainly having one, maybe two, rather ‘cheesy’ endings, is question the level of trust one should have in a supposedly benevolent government. Assange may not like the film, but it will provoke discussion on truth, the revelation of lies, the responsibility of revealing the truth and feeble attempts to ‘cover up’ wrongdoing.

So, on the walk back to the car, discussion turned to the ultimate revelation of truth, and the individual’s feeble attempt to cover up actions of which we are not proud. And how on that Final Day: every lie will be revealed; every sin counted; every government called to account; every bad and good action, and the motivation for it, exposed. Who’s ready for that?

This article was first published in the December 2013 issue of Evangelicals Now. For more news, artciles or reviews, subscribe to EN or contact us for more information.
http://www.e-n.org.uk 0845 225 0057

Cate Blanchett plays the title character of Jasmine, a troubled woman who, after her marriage and wealth crumble, tries to rebuild her life, but finds the task more challenging than she would like.

She goes from her pampered New York lifestyle, handed to her on a plate by her smooth but fraudulent and unfaithful husband Hal (Alec Baldwin), to move in with her working-class adopted sister Ginger (Sally Hawkins) in San Francisco.

Cate Blanchett gives a strong performance; it’s well-acted throughout. This is very much an ensemble drama (which features a few comedic moments), in which writer-director Woody Allen explores the fragility of wealth, pride, and even romantic relationships.

All the characters are flawed, sometimes heavily so, but Woody Allen deftly observes the nuances of human interaction, making the slightly exaggerated characters nonetheless relatable and thus believable. When they argue, they’re often partly right and partly wrong at the same time. They also reflect each others’ flaws, and so have no right to judge one another, though they sometimes do.

Deceitful heart
The film provides a good illustration of the verse, ‘The heart is deceitful above all things…’ (Jeremiah 17.9). It also illustrates the book of Ecclesiastes and the parable of the wise and foolish builders in Matthew 7, in that whenever people place their ultimate confidence in anything other than God, it inevitably turns to dust and lets them down.

Thus the film effectively functions as the non-Christian flip-side of Hebrews 13.5: ‘Keep your lives free from the love of money and be content with what you have, because God has said, “Never will I leave you; never will I forsake you.”‘

Notes of hope
The few notes of hope in the film come from the characters displaying glimmers of humility, fidelity, forgiveness, and unconditional love. However they’re only capable of these to a limited extent and by common grace, which itself is a gift from God.

The players in the film, especially Jasmine, are seeking forgiveness, peace, and a firm foundation, all of which are ultimately only found in Jesus.

Blue Jasmine works as a humane, nuanced look at the complexity and foibles of human beings, though it lacks the action or uplifting sense of triumph of mainstream Hollywood films. Nonetheless, it raises some interesting questions, though only grasps at the answers.

The film contains occasional swearing, but, more frequently, taking the Lord’s name in vain. Many of the characters have a casual attitude to sex and relationships, and a few darker elements are touched on, but this is generally in the context of illustrating the brokenness of humanity.