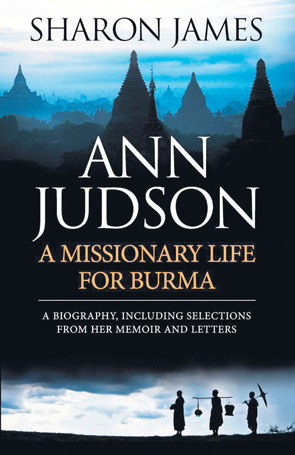 Being involved with supporting the work of missionaries across the world, this book has made me very thankful for the ease of travel and communication that we enjoy today. 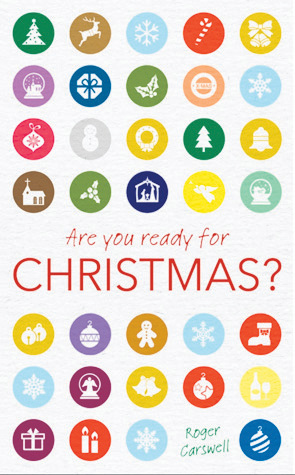 Are you hoping to have non-Christian folk visit your church over Christmas to hear the gospel?

Historical theology is a valuable tool for deepening and enriching our understanding of the Christian faith.

While our theology must be based on Scripture as our supreme authority and should also be conversant with the thinking and cultural context of today’s world, we would be foolish to ignore what previous generations have taught. Faithful theology must be deeply informed by the church’s tradition. This is not traditionalism, although that is a constant danger, but rather the way of wisdom as we learn from the best that has been left to us by our forefathers.

This article was first published in the February 2016 issue of Evangelicals Now. For more news, articles or reviews, visit our website or subscribe to en for regular updates.

Karen Swallow Prior has filled a significant gap in the shelves of Christian biographies with this well researched and engagingly written biography of an extraordinary woman.

Hannah More was well known to Christians in the 19th century, but up till now feminists and social historians were more likely to be familiar with her than the even averagely well-read Christian. So Karen Swallow Prior is to be applauded for bringing this timely story to the attention of today’s embattled church.… (to read more click here)

This article was first published in the January 2016 issue of Evangelicals Now. For more news, articles or reviews, visit our website or subscribe to en for regular updates. 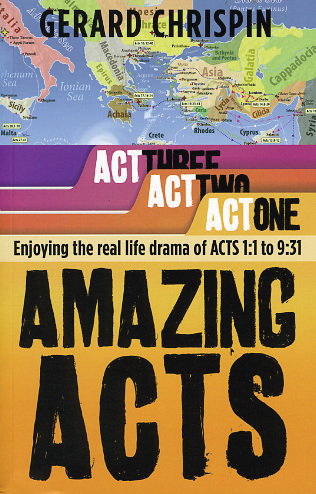 What Gerard Chrispin has done is therefore extremely useful. He produces full Bible notes for individuals, or groups, or as part of a correspondence course (itself available at two levels), at an accessible level. This book is the first of three covering Acts, matching some prior studies on Mark.

The co-publishers are Christian Prison Resourcing, which explains everything. This series is designed to work within prisons or immigration centres. So the level has to be accessible, because it is for people who have… (to read more click here)

Chris Green,
vicar of St James,  Muswell Hill
Author of The Word of his Grace: Teaching and Preaching from the Book of Acts

This article was first published in the December 2015 issue of Evangelicals Now. For more news, articles or reviews, visit our website or subscribe to en for regular updates.

POSTCARDS FROM THE EDGE

The words we write ‘from the edge’ can often be the most insightful and profound, encapsulating what really matters when our journey is dark and challenging.

The rubbish is cleared away and the values that are lasting come to the fore. With warm transparency, a strong degree of emotional intelligence and a big pastoral heart, Ian Coffey explores the depths that many of us can experience when circumstances are desperate and we need to discover the God who walks with us during our most difficult times.

Each chapter deals with a biblical character facing crisis, but begins and ends with a contemporary story, or a personal illustration from the author himself. This adds to the book’s authenticity, making the applications real and giving a tone of relevance and integrity. The tough issues are addressed, the doubts and fears are explored and there is a refreshing absence of simplistic clichés and trite platitudes. The content is both substantial and accessible, an effective and helpful combination.

This article was first published in the November issue of Evangelicals Now. For more news, articles or reviews, visit us online or subscribe to en for monthly updates.

How do you prepare for a crisis? Can you ever be mentally, physically and spiritually ready if a disaster, or another devastation, occurred to you or to those you care for? In the material comfort of our Western culture we can be lulled into a false sense of security. How then can we prepare ourselves so that we are ready when the need arises?

Prepared for a Purpose relates the story of Antoinette Tuff, who found herself on 20 August 2013 as the last line of defence between 840 school children and a masked gunman in a school in Georgia…. (to read more click here)

This article was first published in the October 2015 issue of Evangelicals Now. For more news, articles or reviews, visit our website or subscribe to en for regular updates.

ONE GOD IN THREE PERSONS

We live in a time in the West which has become suspicious of all authority. It is generally seen as oppressive and demeaning of others.

This fuels the argument concerning the roles of men and women in the home and in the church. The battle over the legitimacy of authority, in matters such as male headship in the family has now led right back to God, with questions concerning the relationships between the Persons of the Holy Trinity. Pro-feminist, egalitarian theologians have recently tried to argue that any thought of the eternal submission of the Son to the Father inevitably undermines the true deity of the Son and leads towards the error of Arianism.

This book is a robust rebuttal of this charge. It is written by complementarians who believe that both the Scriptures and the fundamental creeds of the church have always taught that the Father, Son and Spirit are identical in essence and equal in status, but that there is a structure to their relationship. In particular they argue that the Son’s obedience to the Father during his incarnation is rooted in his eternal willing subordination to the Father.

This article was first published in the September issue of Evangelicals Now. For more news, articles or reviews, visit us online or subscribe to en for monthly updates.

The name ‘Constantine Tischendorf’ is unfamiliar to most British evangelicals, and one suspects that a biography about a man whose most famous achievement was the discovery of a fourth-century manuscript would not seem the most exciting story, at least compared to a biography about a Christian MP who freed the slaves (William Wilberforce), or an evangelist who led multitudes to Christ (George Whiteﬁeld) or a pioneer missionary (such as William Carey).

Neither was Tischendorf a kind of evangelical ‘Indiana Jones’, battling evil men and ancient trap-doors to recover some priceless ancient artefact. However, his story is important, not least because what he did and later wrote is even more relevant today than at its original publication, as we face attacks upon the integrity of the Bible from atheist and especially Islamic propagandists, the latter at ground level in schools, colleges and on the streets.

Porter is Professor of New Testament at McMaster Divinity College, Canada, and is obviously also an able and popular writer. The book is admirably lucid, accessible and engrossing. The author is doubtless aware of how such a topic, dealing with admittedly technical issues, can be a great turn-off for the average reader and he has managed to present the story in such a way as to grip the layman.

Apart from the bibliography in Part III, the book is divided into two main sections, the first part looking at Tischendorf’s life, then his work, and the second part being a re-publication of Tischendorf’s seminal work When Were Our Gospels Written? Such is the strength of this work in terms of continued usefulness that Porter has only added… (to read more click here)

Dr Anthony McRoy, scholar in the field of Islamic Studies

This article was first published in the August 2015 issue of Evangelicals Now. For more news, articles or reviews, visit our website or subscribe to en for regular updates.

What if you had a ﬂash of foreknowledge and suddenly realized there was a future ‘Amy Carmichael’ sucking her thumb in your church?

You would probably burst with pride, pat her teacher on the back and enthusiastically congratulate the parents. After all, who doesn’t want a Christian heroine in their junior Sunday school?

Men and women of extraordinary heroism feature prominently in our Christian ‘Halls of Fame’. We hold them up as role models, healthy alternatives to the pop singers and athletes our teenagers tend to emulate. But if we’re honest, there are more than a couple of problems with this approach. That is why I think Iain Murray’s new biography, Amy Carmichael: Beauty for Ashes, is a healthy alternative to the normal Christian hero-worship titles.

Though the prolific church historian and biographer doesn’t strip Carmichael of any of her attributes, Murray does introduce us to a woman of faith, foibles, and failings. With an expert pen, Murray allows her voice to speak clearly through her poetry and her passion – while at the same time dealing with her difficult personality.

Difficult personality? Really? But she was a missionary! It’s true. Murray graciously but accurately introduces us… (to read more click here)

Catherine MacKenzie is an author of  numerous books and serves as children’s editor for Christian Focus Publications. She lives in Scotland.

This article was first published in the June 2015 issue of Evangelicals Now. For more news, articles or reviews, visit our website or subscribe to en for regular updates.