“Christians have a tragic ability to fall out with each other. While the Holy Spirit seeks unity in the gospel, we often do the devil’s work for him…” 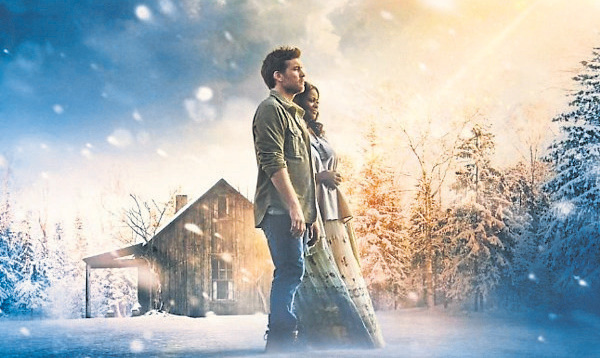 It hit the screens in June. Church leaders – are you ready to guard the flock? 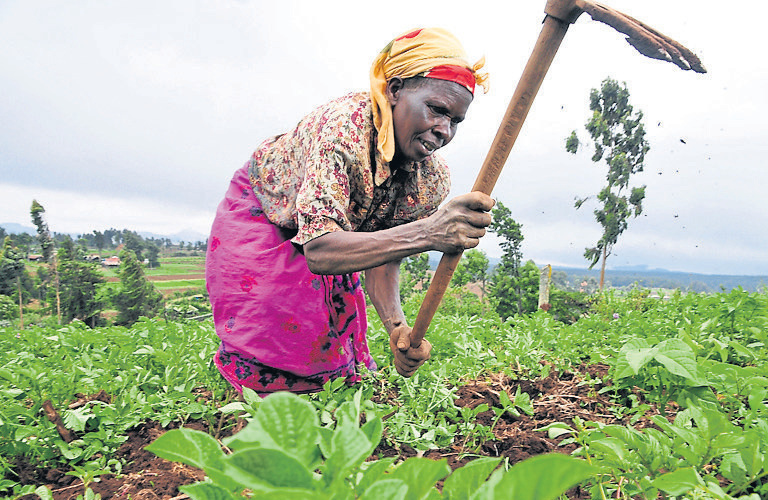 Why is Africa so prone to falling foul of pernicious prosperity teaching? 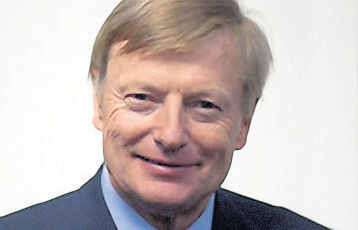 An outcry by Christians over plans to register and inspect Sunday schools is forcing the Government to ‘tread carefully’ over the matter, it emerged in mid-January. 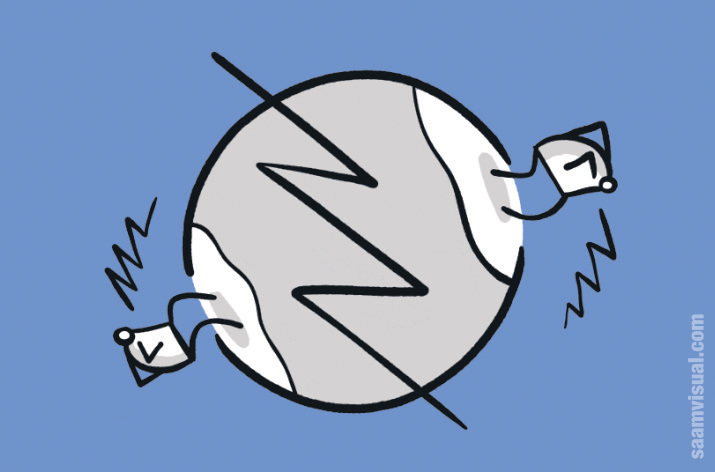 The election of Trump and Brexit are seen as part of a conservative (small c) backlash against multi-culturalism and the moves towards globalism of recent years. ‘The world has changed’, we are told. 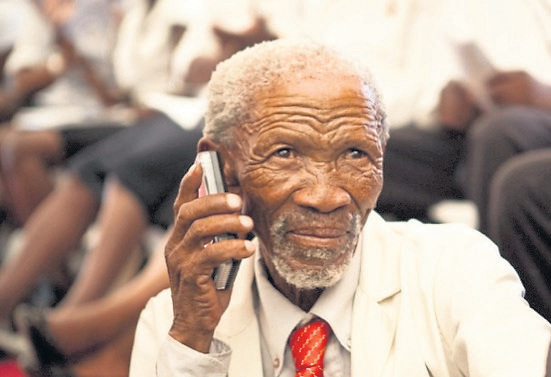 ‘We went to church for many years, but it wasn’t until we saw the Jesus Film in our own language that we understood that Jesus died for our sins.’

Dr. Mike Ovey asks if current evangelicals are in denial about some important matters

A week ago I was at a major Church of England jamboree as a friend was installed in a new and more senior post.

I quite appreciate that it is emotive and depressing to talk of ‘failure’, and that most of us prefer something more upbeat. On the other hand, isn’t there a risk of denial? Again, I am not saying there are no encouragements. It is great to hear of church plants, of sinners turning by God’s grace to the Lord Jesus through our outreach. And there certainly is a contrast between an evangelical movement that clings on and just holds its own numerically and the catastrophic downturn in churches that thought theological liberalism was some kind of answer. Obviously, by almost any measure, liberalism has failed in our country, failed numerically, failed in the popularity stakes and failed in faithfulness. If anything, I think those obvious points need to be made even more forcefully now.

Who are we not reaching?

But I wonder whether this doesn’t lead us to gloss over some of our own realities. We rightly admit that there are unreached people groups in the UK, thinking largely of race. We are far less comfortable admitting there are also increasingly unreached classes, and not just the various underclasses in our cities, but classes of entrenched interest and power in the creative and media sectors.

These classes have enormous influence, not wrong in itself, but that influence has been used to reframe what counts publicly as right and wrong. Notable examples have been the support for…(to read more click here)

This article was first published in the November issue of Evangelicals Now. For more news, articles or reviews, visit us online or subscribe to en for monthly updates.

‘Virginia Woolf was one of Britain’s most important writers and thinkers, who played a pivotal role at the heart of modernism in the early twentieth century.’

So says Sandy Nairne, director of the National Portrait Gallery. The gallery’s current exhibition on Woolf is the first to use portraiture to explore her life and includes a collection of over 140 items. Her walking stick, letters to her sister, portraits of her friends and copies of her diaries have all been brought together by guest curator Frances Spalding, author of the accompanying catalogue Virginia Woolf: Art, Life and Vision.

Virginia Woolf was born in 1882 as Adeline Virginia Stephen. Her father was a biographer and editor, her mother sat for Burne-Jones. Both of her parents had been widowed and brought into their union children from their previous marriages. This meant that Virginia lived with a medley of siblings; for much of her childhood she was one of eight children living at 22 Hyde Park Gate, Kensington.

Woolf soon became a prominent figure in the Bloomsbury Group, which she hosted with her sister Vanessa Bell. Also within the group were her good friends Roger Fry, Lytton Strachey and Leonard Woolf, who she would marry in 1927. Together, she and Leonard founded the Hogarth Press, publishing Virginia’s modernist novels as well as groundbreaking work by T.S. Eliot, Sigmund Freud and Virginia’s lover, Vita Sackville-West.

Woolf is primarily remembered by literary scholars for her unique writing style, which is often described as ‘stream of consciousness’. However, the National Portrait Gallery exhibition reveals that she was also deeply involved in politics, fashion and art. She raised funds for victims of the Spanish Civil War, posed for photographs printed in Vogue and was listed as a patron for a London showing of Picasso’s painting Guernica. The exhibition does a fascinating job of exposing this variety. However, there is at least one further aspect of Woolf’s vision that merits exploration: that of her religious belief.

Like her father, Woolf seemed tired of conventional Christianity. She declared herself an atheist, was known to call religion ‘detestable’ and referred to God as an ‘old savage’. Often she wrapped her objections in jokes, as in one letter to Lytton Strachey where she declares: ‘I read the Book of Job last night – don’t think God comes well out of it.’

Nonetheless, she was always impressed with Russian novelists like Dostoyevsky who dealt with ‘the stuff of the soul’ and who ‘confound us with a feeling of our own irreligious triviality’. She was also, at times, drawn to Christian symbolism in her own writing and even seemed to experience a ‘mystical impulse’. It’s enough to convince the academic Pericles Lewis that Woolf’s work does not reject religion altogether, but rather ‘seeks new forms of the sacred that will accommodate the pluralism of modern life’.

Interestingly, he goes on to claim that Woolf was not opposed to Christianity any more than she was to atheism. Instead, she sought to explore multiple spiritual perspectives, refusing to allow one to have dominance over another. Indeed, when she does approach religion in her own writing, it is with a tone of questioning and inquiry. Of the novel Mrs Dalloway she wrote in her diary: ‘I want to give the slipperiness of the soul.’

For Woolf, religion was not a source of truth and security. Instead, her multifarious moments of mysticism seemed to be connected to her struggles with depression. In one diary entry she wrote: ‘I wished to add some remarks […] on the mystical side of this solitude […] It is this that is frightening [and] exciting in the midst of my profound gloom, depression, boredom, whatever it is….’

Woolf had long suffered with mental illness. In 1941, when she was just 59, she committed suicide by drowning herself; she filled her coat pockets with stones and walked into the River Ouse. She left her walking stick on the river bank, a recent letter to her sister that explained her pain, and a collection of novels that have endured as classics of modern literature. All of them are on display at the National Portrait Gallery, and all of them point to a writer and a woman whose ‘religious vision of life’ (to quote Auden) is worth exploring further.

Rachel Thorpe writes the ‘Crossing the culture’ column for en and works as an events planner and freelance writer in Cambridge. More of her articles can be found at www.rachelthorpe.com

This article was first published in the September 2014 issue of Evangelicals Now. For more news, artciles or reviews, visit us online or subscribe to en for monthly updates

‘Politics, art, history and race all tied in a big bow.’

That’s how director Amma Asante describes her latest film, Belle. Released in the UK in mid-June, it has met with huge acclaim both from audiences and film critics. Much of its success lies in the fact that it combines the traditional elements of a Jane Austen romance with a nuanced awareness of the difficult politics of the period.

The story behind the film was inspired by a painting in Scone Palace, Scotland. Screenwriter Misan Sagay spotted the unusual image of two richly-dressed young women, one black and one white. The painting dates from 1779 yet shockingly, for that time, the women are portrayed as equals. After doing some research, Sagay discovered that it depicted Dido Elizabeth Belle and Lady Elizabeth Murray. The two women were cousins and were both raised by their aristocratic great-uncle Lord Mansfield, one-time Lord Chief Justice.

This skeletal true life story allowed the film’s two crucial themes to come together. As Dido and Elizabeth, or ‘Belle and Bette’, negotiate the world of courtly romance, Lord Mansfield is fighting a fierce legal battle against slavery. The contrast of the genteel courting rituals and the brutality of the infamous Zong case allow the film to become more than just a simple period piece. Instead it is, in the words of the film critic Mark Kermode, ‘a ripe costume drama with teeth’.

Too high, too low

The British actress Gugu Mbatha-Raw stars as Belle, the illegitimate mixed-race child of a Royal Navy Admiral, Captain Sir John Lindsay (Matthew Goode). She gives a moving portrayal of a young woman caught between two worlds. She is deemed too high in rank to dine with the servants, yet too low to dine with her family. Her colour makes her an object of fascination for some, repulsion for others, and affection for only a few.

Among her suitors are the highly appropriate Oliver Ashford (James Norton), who is entranced by her beauty despite her ‘unfortunate’ heritage, and the idealistic young lawyer John Davinier who declares her beautiful. Belle nonetheless struggles to find a comfortable identity and a place to belong. In one moving scene she sits at her dressing-table mirror, crying and clawing at her skin. No amount of money or status can overcome the weight of the prejudice that is targeted against her.

As much as the film is about Dido’s struggle to find her place in the world and to find someone to love her, it is also about Lord Mansfield (Tom Wilkinson). He holds a hugely influential position in society at a moment when the British slave trade is being challenged. Today, he is remembered for contributing to the process that culminated its abolition in 1883. In the film Lord Mansfield has an unusual combination of gravitas and warmth. He is wedded to the conventions of his time, yet able to think far more progressively than many of his peers. ‘There are rules in place which dictate how we live’, he tells Belle, yet she reminds him, ‘You break every rule when it matters enough, Papa’.

Alongside his firm moral core, Lord Mansfield is a wonderful example of fatherly love. Defying the conventions of his time, he agrees to raise Belle as his own daughter. He constantly reassures her: ‘You may not understand in this moment, but know in your heart you are loved’. Indeed, the real-life painting that inspired the film was his gift to her, a way of showing her that she was entirely equal to Elizabeth in his eyes. Lord Mansfield, as depicted in the film, may not be perfect, but he does everything in his power to show Belle that he loves her.

It is this picture of fatherly love that will appeal to many believers who will see in it a reflection of the father heart of God for us. No matter what our rank, background, gender, race, appearance or anything else, God the Father loves us. It’s a heart-warming message to draw from a film that doesn’t shy away from the difficult side of life, but rather reveals the redeeming power of true fatherly love in the midst of our ‘barbaric world’.

Rachel Thorpe writes the ‘Crossing the culture’ column for en and works as an events planner and freelance writer in Cambridge. More of her articles can be found at www.rachelthorpe.com

This article was first published in the August 2014 issue of Evangelicals Now. For more news, artciles or reviews, visit us online or subscribe to en for monthly updates