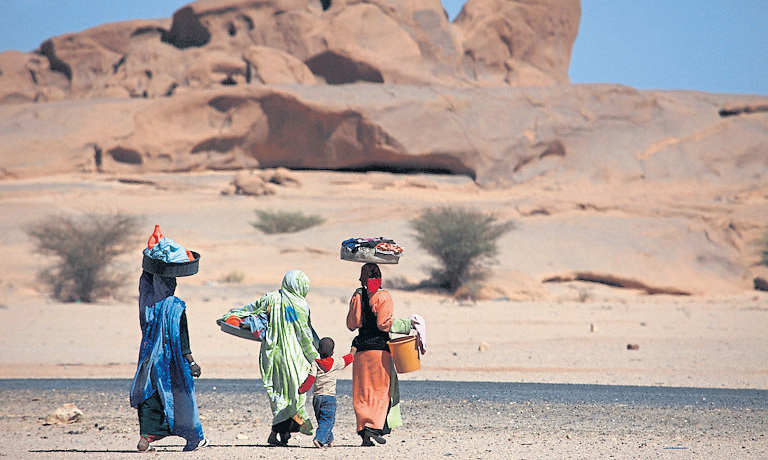 ‘God is enlarging our dream.’ 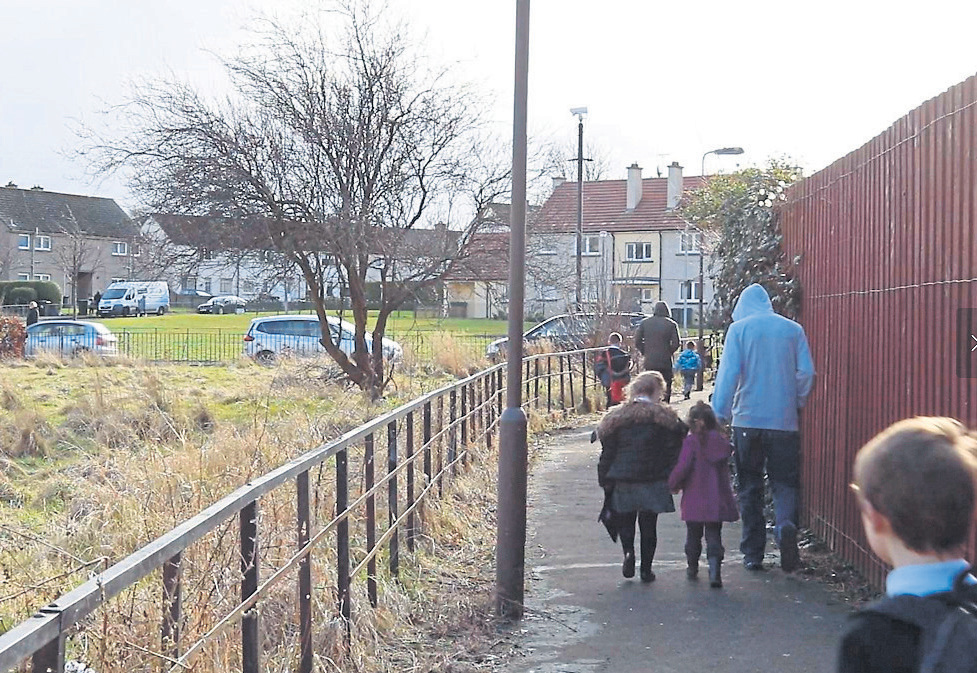 Part of the Gracemount estate 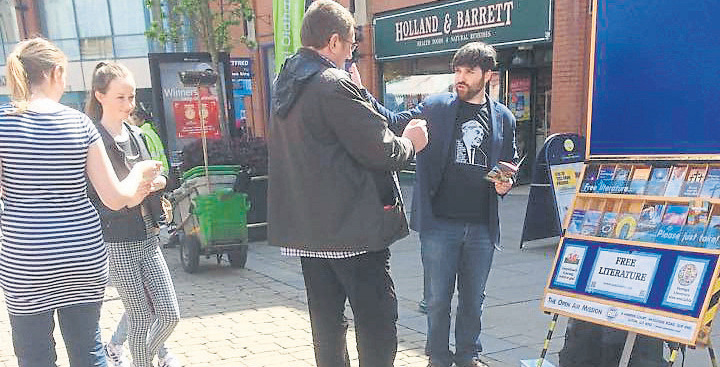 Church members reach out in the open air

…what makes the place so intriguing is that it is home to a very diverse congregation, especially a growing Iranian Christian community fleeing from persecution.

Many have argued that the evangelical church in the UK has been largely dominated by the middle class.

More should be done to reach those in poorer, working-class areas. Christ’s Great Commission demands it.

One example of working-class gospel ministry already taking place is through the charity Sixtyeightfive, founded by married father of two Ian Williamson. Working in some of the most deprived wards in the country, this ministry seeks to evangelise and disciple men and women in the North East England town of Middlesbrough who have been raised in a fatherless environment.

I caught up with Ian to chat more about his own testimony, the work of the charity and how it is reaching the working class for the gospel.

en: Tell us more about your personal connection with the issues the SixtyEightFive ministry engages with.
IW: I was raised in Middlesbrough by my mum, who was a lone parent. I longed to have my dad around and as such I suffered from fear, anger and found it difficult to understand what it means to be a man. I didn’t have anybody to tell me about cars, football, how to fix a puncture or to shave, for example!

My mum became a Christian when I was 14 and the family went to church with her.

The youth group at the church had an invisible but very noticeable divide between the estate kids and the church kids and I soon became dissatisfied and started knocking around with friends from school rather than the kids from the church.

Before I left the church at 16 I spent some time with a young man living on the estate who was also raised in a fatherless environment.… (to read more click here)

This article was first published in the December issue of Evangelicals Now. For more news, articles or reviews, visit us online or subscribe to en for monthly updates.

Greenwich, London SE10, is where East meets West at the world-famous meridian.

Every day couples from around the globe make their way to the observatory in Royal Greenwich Park to be photographed holding hands across the iconic line.

This September, Greenwich is going to be the meeting place of a different kind of partnership: a new church plant called Grace Church Greenwich, which represents the coming together of two other London churches.

St Peter’s Barge, a floating church started in 2003 to reach out to workers and locals around Canary Wharf, is partnering with St Helen’s Bishopsgate to form this new fellowship. Since its beginning, the church on the Barge has had a number of people from around Greenwich who travel across the river to church, and so it has been a natural area to consider planting into, but the numbers have not been sufficient to start anything. In partnership with St Helen’s, however, the two churches are able to combine forces and give it a go. As the Barge’s senior minister, Marcus Nodder comments: ‘How do you plant churches if you are a small church like the Barge? You take to heart the biblical maxim that ‘two are better than one’ (Ecclesiastes 4.9) and team up with another church to pool your resources!’

One of the two new ministers, Andrew Latimer, explains how the idea came about: ‘We at the Barge have had a heart for Greenwich and have been meeting and praying in homes around the area for a while, and so it was a wonderful answer to prayer when the possibility of a partnership came up. Jesus sent his followers off in pairs, so I’ve been convinced for a while about the need for a partner in crime, and was therefore thrilled when the prospect arose of joining with Andrew Sach from St Helen’s to make this vision a reality. Not only are we friends, but he brings lots of gifts and experience which will be a real help.’

William Taylor, rector of St Helen’s, is convinced that this is a model which should be… (click here to read more)

This article was first published in the September issue of Evangelicals Now. For more news, artciles or reviews, visit us online or subscribe to en for monthly updates.

RISE OF THE NONES

The blurb on the back says ‘The single fastest-growing religious group of our time is those who check the box next to the word none on national surveys. In America, this is 20 percent of the population [25% in the UK 2011 census]. And most churches are doing virtually nothing to reach them.’

This book seeks to address that challenge – reaching and engaging those who profess no religious affiliation. James Emery White is a US pastor, and the temptation would be to dismiss the book as irrelevant to the UK scene. However White’s analysis rings true of our culture and our churches too, which makes it essential reading for those serious about reaching the emerging culture.

Away from the sacred canopy

The argument of the book is in two parts. In the first part White gives a snapshot of the typical ‘none’ and outlines how the culture has arrived at its current climate. Crucially, he observes that many ‘nones’ are not hostile atheists; many are spiritual but suspicious of… (to read more click here)

This article was first published in the May 2015 issue of Evangelicals Now. For more news, artciles or reviews, visit our website or subscribe to en for regular updates.

Sometimes someone has a good idea.

They find some friends to help put it into practice and then thinks that is the end of the matter. Sometimes God has other ideas.

When Jennie Dow, a young teacher in Bristol, came up with the idea of the Bristol Women’s Conference she had no clue where it would lead. In fact, when I contacted her recently in preparation for this article, I don’t think she was aware how far her vision had spread.

Birth of a conference

More than ten years have passed since Jennie suggested to a few friends, including her pastor’s wife, Kath Paterson, that it might be helpful to gather women together from different churches in Bristol to hear Sharon James explain the biblical vision of godly womanhood. Throw in a seminar or two, a good lunch, some talented musicians and a lot of hard work, and the Bristol Women’s Conference was born.

I was at that first conference at Kensington Baptist Church where about 100 women gathered together. I remember being moved to tears as I saw women of all ages, some who I had known as students, others who had mentored me in the past, all in the same room, praising God and hungry to hear his Word taught.

Word spread and the second Bristol Women’s Conference took place in 2005. This time people came from as far afield as Exeter, Cardiff and the wilds of Wiltshire. When I moved down to Cornwall, I longed to take the women in our church to a similar event, but a three hour journey seemed too far for one day.

Then I bumped into Beccy Davies, a woman of extraordinary faith and enthusiasm who thought… (click here to read more)

This article was first published in the August issue of Evangelicals Now. For more news, artciles or reviews, visit us online or subscribe to en for monthly updates.